When I was younger, I looked mean all the time. I mean, just walking done the street I had on my daily “mean mug”, refusing to smile at the sun, earth and definitely not any person. It wasn’t because I was mad or disgruntled…it was just a face I made. I assumed that it was the way I was supposed to carry myself, seeing that others around me did the same.

It wasn’t until I moved to the South that I learned about southern hospitality. For those of you who have heard but have not quite encountered Southern Hospitality, it’s a state of mind for southerners: be inviting, giving and most of all, be polite. And by being polite that means to greet people with a smile as they pass by, respond to others as Miss., Mrs., or Mister and don’t be scared to start up a conversation with a stranger or two.

As soon as I crossed over state lines years ago, I was engulfed by this notion of Southern Hospitality. There were people speaking and smiling everywhere. For a moment, I thought someone was playing a trick on me. Coming from my home town of St. Louis, it was rare that people even looked at you as you walked down the street, let alone stop and tried to start a conversation. I instantly realized that this demeanor that I had carried for so many years was disappearing before my eyes. It was contagious. People spoke to me and I spoke back. Other women complimented on my clothing and I did the same back. People invited me and my family over for dinner, lunch or even breakfast and I hosted an event back.

It’s so weird, but very refreshing, to have caught such a positive and encouraging spirit. It truly goes to show that if you surround yourself with positivity, and take a chance to spread you own positivity, that it will be reciprocated. Positivity is contagious, go catch you some.

Have a great week Mid-WYFE Fam! 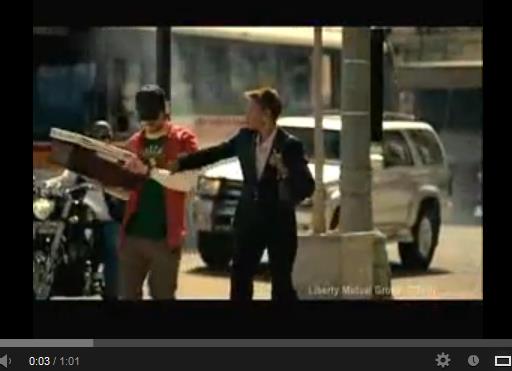