The Olympics has been a great break from the unrelenting tsunami of reality shows and the lack of televised college sports (football and basketball to be exact).  I love to see so many groups of people, who would never normally congregate together, unite to compete and support each other on their journey to win gold, amongst the greatest athletes of the World.

If you have missed most of the Olympics then you would be oblivious to how great our US women have competed.  It’s been a melting pot of performers, with only one thing on their mind…greatness! As the closing ceremonies begin tonight, I want to highlight some of my top WYFE moments:

USA Women’s soccer team wins gold against the same team they lost the World Cup to just over a year ago. 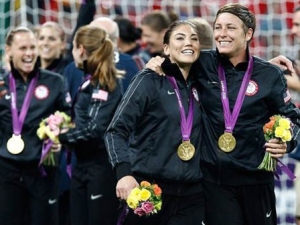 Serena Williams earns a gold medal for the US in Ladies Singles as our American flag falls during the National Anthem. She could have created a scene or demand that they start the medal ceremony over but she doesn’t. She calmly plays it off as a joke, saying that the flag was coming down to embrace her. Great power move Serena!

Kerry Walsh and Misty May win 3rd consecutive Gold medals in women’s volleyball. These women are inspiring. More than likely this will be their last appearance in the Olympics as a duel and they have definitely ended their reign on a high note. 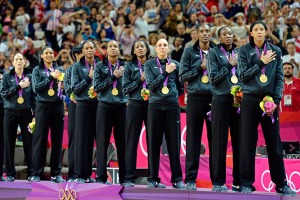 No other than Gabrielle Douglas becomes the first African-American women to win gold in the gymnastic all-around; she is ONLY 16! Not only did she assist with the team gold but she engraved herself into history by performing at her best in all apparatus. My baby girl wants to get back into gymnastics…I wonder how many more young black girls will follow? 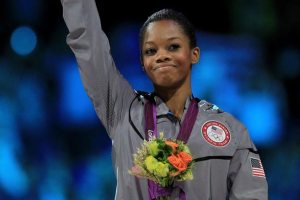 The USA women run to a WORLD RECORD in the 4 X 100m: What an absolute outstanding run by our women. After dodging the ghost of baton drops from previous Olympics, these women come out running with a purpose and with passion! 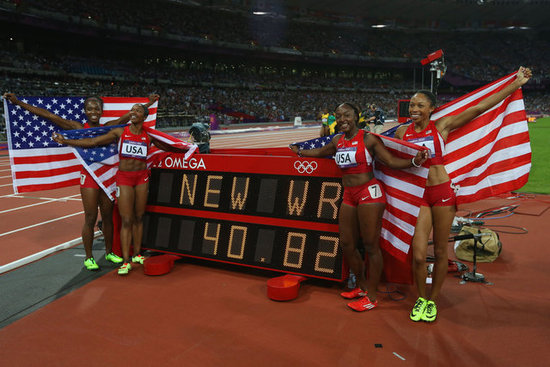 It feels good to be an American woman!